The replayability of roguelikes comes from one important factor: procedurally generated maps. In The Binding of Isaac, maps are made up of connected rooms and only the layout is randomly generated − the rooms being sampled from a set of handmade rooms.

In our game, we follow the same map structure, but I won’t cover floor generation in this post (hence the “part 1” in the title). Instead, I’m going to talk about room generation.

What do we need?

Special rooms deserve special treatment on case-by-case basis, and will not covered in this post.

There are several types of tiles :

We cannot afford to manually design these rooms, it would be too time consuming, which is why we want to procedurally generate them.

After brainstorming with @RoussyE, here’s what we came up with:

Rooms are split into handcrafted 8×8 chunks. For the small rooms, we only need to design one “corner chunk”, since the others can be obtained by flipping it along the X or Y-axis or by rotating it. Let’s arbitrarily choose the top-left chunk.

Then, what about doors? We do not want to accidentally block them, so we have to mark our chunks as “top-door-able” and “left-door-able” (we only create top-left chunks!). We will use 2 extra bits for that.

Then, what about big rooms? Big rooms are made up of four “corner chunks”, four “door chunks” and one “center chunk”. Does that mean that we have to create three times as many rooms? No, that would be too time- and memory-consuming! Let’s be smarter, and reduce, reuse, recycle.

Instead of manually creating “door chunks”, we could instead combine two halves of a corner chunk with the correct flags :

Finally, center chunks can reuse corner chunks. To avoid placing chunks that naturally require surrounding walls at the center of the room, we will flag these chunks as “pure corner chunks” and only use non-flagged chunks.

How much size is required?

Let’s do some quick maths:

Therefore, one chunk occupies 33 bytes, thus we could store about 31 chunks in 1 kB!

@RoussyE and I drew 8×8 chunks on paper and randomly assembled them to create rooms. So far, some rooms look okayish, but most of them are terribly over-bloated − that’s when we thought of introducing clutter levels. 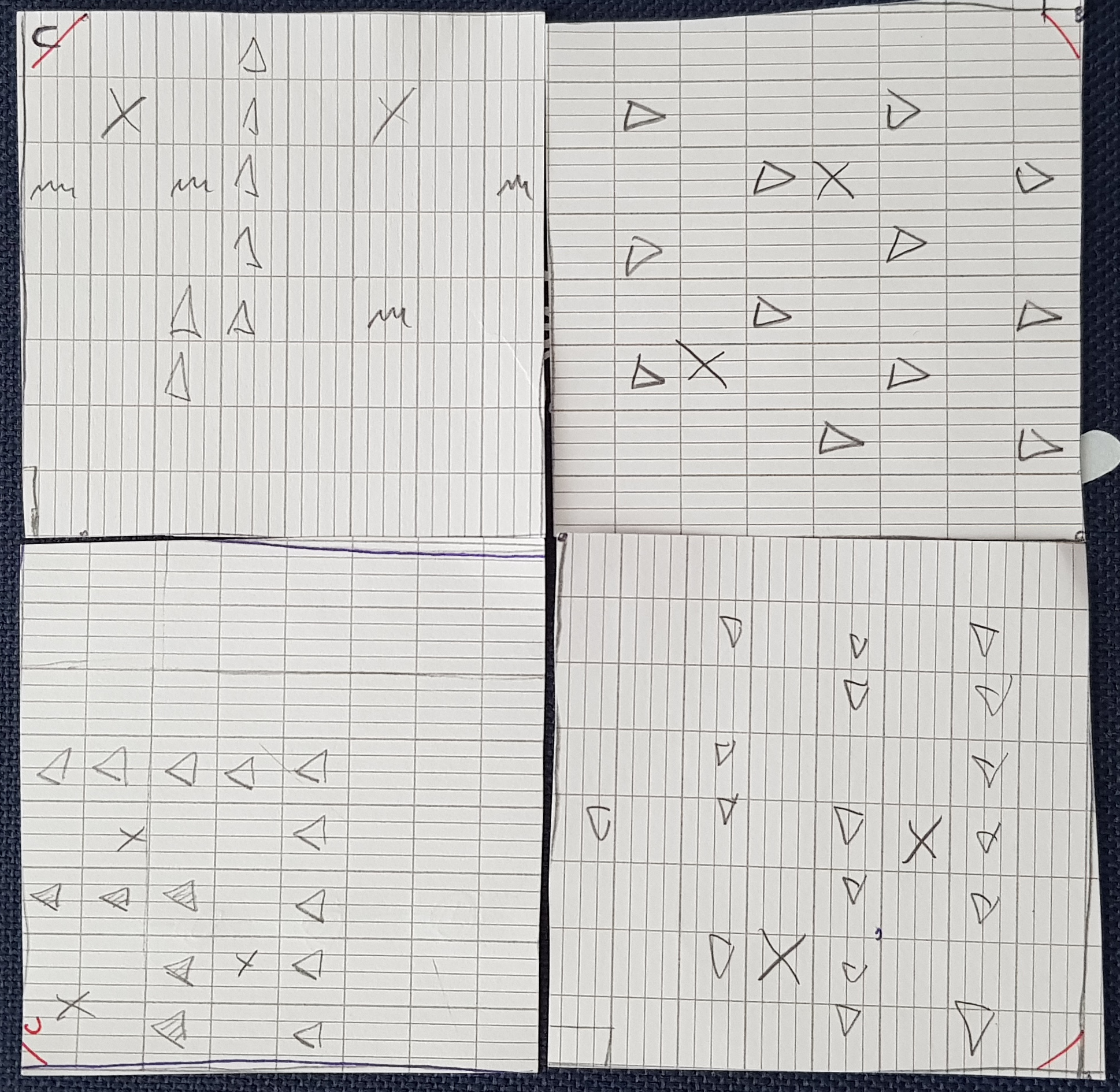 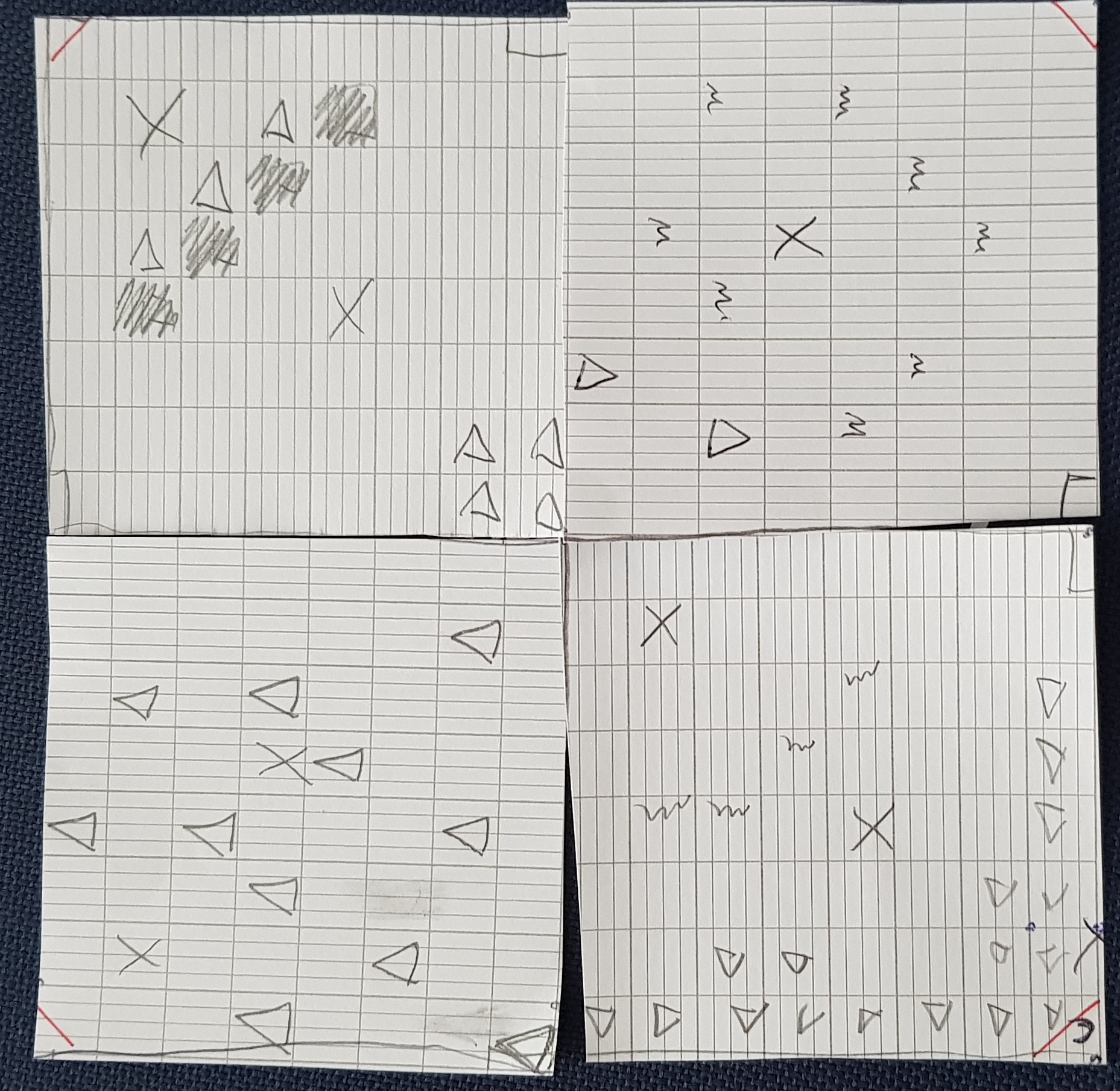 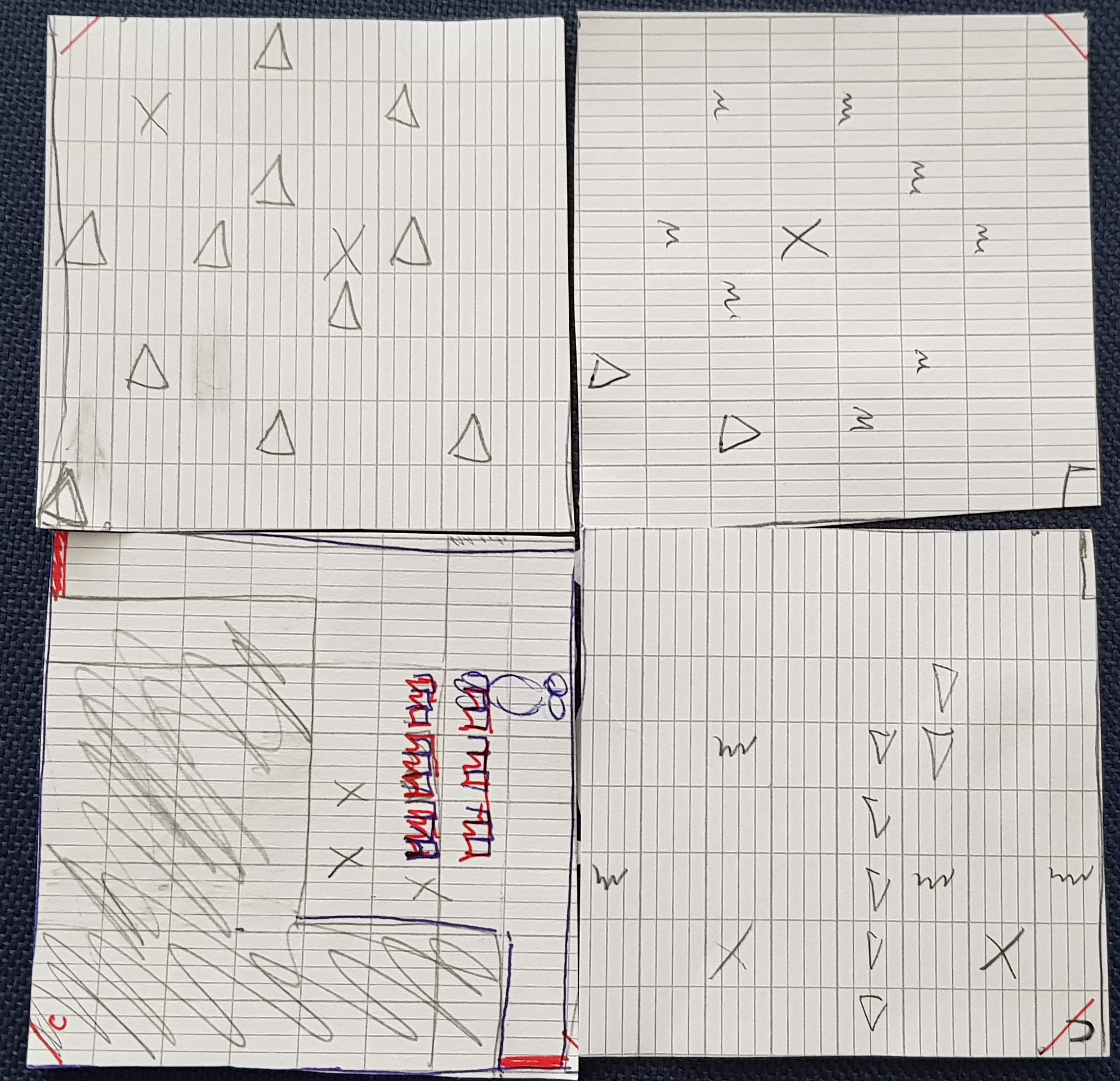 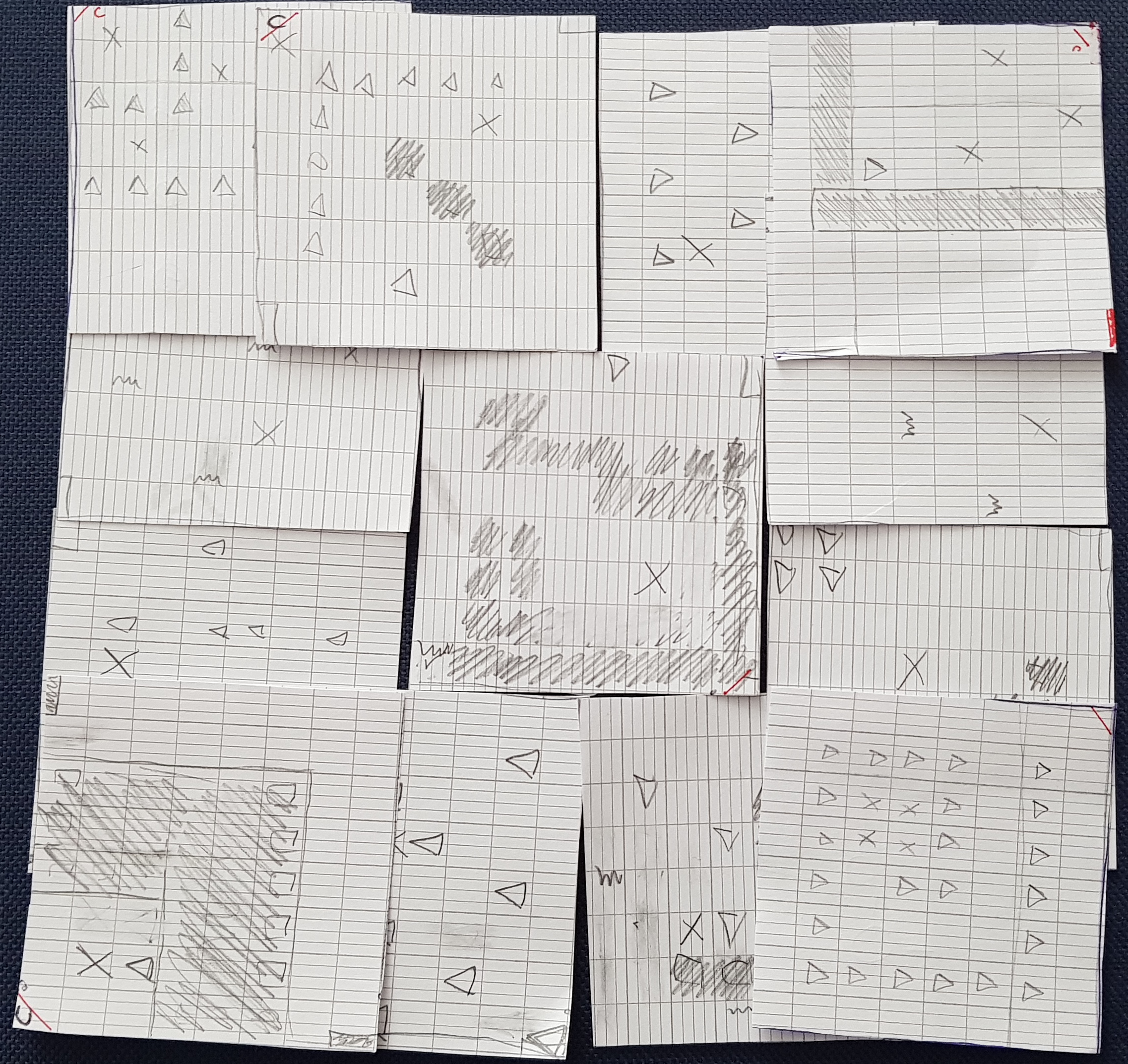